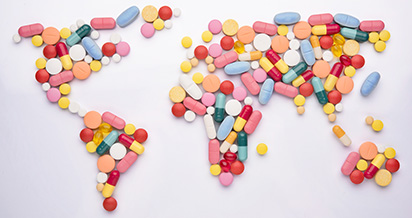 EMA Press release 12/07/2019
With the recognition by the US Food and Drug Administration (FDA) of Slovakia, the European Union and the United States have now fully implemented the mutual recognition agreement (MRA) for inspections of manufacturing sites for certain human medicines in their respective territories.

“We welcome the implementation of this agreement, which means authorities on both sides of the Atlantic will now be able to rely on each other’s inspection results. This milestone is a testimony to the importance of our strategic partnership with the US. It will support making best use of our inspection capacity, so that patients can rely on the quality, safety and efficacy of all medicines, no matter where they have been manufactured,” said Guido Rasi, Executive Director of EMA.

Each year, EU national authorities and the FDA inspect many production sites of medicinal products in the EU, the US and elsewhere in the world, to ensure that these sites operate in compliance with good manufacturing practice (GMP). Under the MRA, EU and US regulators will now rely on each other’s inspections for human medicines in their own territories and hence avoid duplicative work. As a result of the MRA, both the EU and the US will be able to free up resources to inspect facilities in other countries.

The MRA is underpinned by robust evidence on both sides of the Atlantic that the EU and the US have comparable procedures to carry out GMP inspections for human medicines. Since May 2014, teams from the European Commission, the EU national competent authorities, EMA and the FDA have been auditing and assessing the respective supervisory systems. With the positive assessment of Slovakia, this process has now concluded for GMP inspectorates covering human medicines.

From now on, a batch testing waiver will also start to apply. This means that the qualified persons in EU pharmaceutical companies will no longer have to carry out quality controls for products manufactured in and imported from the US when these controls have already been carried out in the US.

The MRA implementation work will continue with a view to expanding the operational scope to veterinary medicines, human vaccines and plasma-derived medicinal products.

Background to the MRA agreement
In 1998, the EU and the US signed a broad MRA, which included a Pharmaceutical Annex providing for anticipated and limited reliance on each other’s GMP inspections. However, this Agreement was never fully implemented.

The EU and the FDA began talks in 2014 which resulted in the revision of the Annex in 2017.

1 November 2017 marked the entry into operation of the agreement between the EU and the US to recognise inspections of manufacturing sites for human medicines conducted in their respective territories. This agreement strengthens reliance upon each other’s inspection expertise and resources. Initially it applied between the FDA and those EU Member States that the FDA had assessed. This has been gradually extended to all EU Member States. Similarly, the EU assessed its counterpart in the US, concluding in June 2017 that the FDA has the capability, capacity and procedures in place to carry out GMP inspections for human medicines at a level equivalent to the EU.

In the EU, inspections of manufacturing sites are carried out by national competent authorities from EU Member States. EMA plays an important role in coordinating these activities in collaboration with the Member States in particular for centrally authorised products.